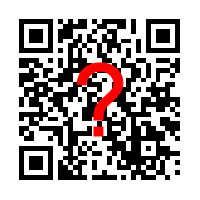 Many marketing people have been promoting the value of QR codes for quite a while. After all, the promise seems obvious – post a targeted code somewhere, make it easy for someone to reach the website, and track the results of different campaigns.

Studies such as this February 2011 survey from Baltimore based agency MGH seem to confirm the positives. 415 smartphone users from a panel were surveyed. 65% had seen a QR code, with a fairly even split between male and female. Of those who’d seen a code, 49% had used one, and 70% say they would be interested in using a QR code (including for the first time). Reasons for the interest include:

The published survey results don’t cover whether people actually made purchases, or did anything else once they’d visited the site (32%). But let’s look at what gets in the way of using the QR code in the first place.

The February 2012 of Quirk’s Magazine has a brief article, titled “QR Codes lost on even the savviest“, referencing work done by Archival (a youth marketing agency). The thrust is that if QR codes are to succeed, they should be adopted by college students who are smartphone users. However, although 80% had seen a QR code, and 81% owned a smartphone, only 21% successfully scanned the QR code used as part of the survey, and 75% say they are “Not Likely” to scan a QR code in future. A few more details from the study and a discussion are at http://www.archrival.com/ideas/13/qr-codes-go-to-college. I suspect the Archrival results reflect market reality more than MGH, but in any case QR codes are not living up to expectations. When was the last time you saw someone use a QR code?

Some may place the blame with marketers who don’t do as good as job as they should of communicating the benefits, and indeed having something worthwhile in the landing page. But technology is probably the most important factor. Reasons noted by the students include:

To these reasons, I’d add that there is currently some additional confusion caused by the introduction of new types of codes. Does the world need Microsoft Tag and yet another app?

Maybe QR codes will suffer the same fate as some previous technology driven attempts to do something similar. Does anyone remember Digimarc’s MediaBridge from 2000? Did it ever seem like a good idea to scan or photograph an advertisement in a printed page to access a website? What about the RadioShack CueCat? Perhaps Digimarc has a better shot with their new Discover™ service that includes a smartphone app as well as embedded links in content. If you are already a Digimarc customer, or don’t want to sully the beauty of your images with codes – maybe it’s the answer. But that seems like a limited market compared with the potential that’s available for QR codes done right.

Come on technologists and marketers – reduce the friction in the system!

What we were doing was offering not just a new product, but a new market niche. We needed to understand traditional markets well to characterize the new one. Most valuable was 5 Circles ability to gather research data and synthesize it.

I have come to know both Mike and Stefan as creative, thoughtful, and very diligent research consultants. They were always willing to go further to make sure respondents remained engaged and any research results were applicable and of immediate use to us here at Bellevue CE. They were partners and thought leaders on the project. I am happy to recommend them to any public sector client.

5 Circles Research has been a terrific research partner for our company. Mike combines a wealth of experience in research methodology and analytics with a truly strategic perspective – it’s a unique combination that has helped our company uncover important insights to drive business decisions.

Great workshop! You know this field cold, and it’s refreshing to see someone focused on research for entrepreneurs.

Every conversation with Mike gave me new insight and useful marketing ideas. 5 Circles’s report was invaluable in deciding on the viability of our new product idea.

You know how your mechanic knows what’s wrong with your car when you just tell them what it sounds like over the phone? Well, my first conversation with Mike was like that — in like 10 seconds, he gave me an insight into my market research that was something I’d been struggling trying to figure out. A class like this will help you learn what you can do on your own. And, you’ll have a better idea of what a research vendor can do for you.

Since becoming our contracted consultant for market research services in 2010, 5 Circles Research has revolutionized our annual survey of consumer opinion in Washington. Through the restructuring of survey methodology and the application of new analytical tools, they have provided insights that are both wider in their scope and deeper in their relevance for understanding consumer values and behavior. As a result, the survey has increased its significance as a planning and evaluation tool for our entire state agency. 5 Circles does great work!

I hired Mike to develop, execute and report on a market research project involving a potential business opportunity. I was impressed with his ability to learn the industry and subsequently develop a framework for the market research project. He was able to execute the research and collect data efficiently and effectively. Throughout the project, he kept me abreast of the progress to allow for any adjustments as needed. The quality and quantitative output of the results exceeded my expectations and provided me with more confidence in the direction of the business opportunity.

First, I thought it was near impossible to obtain good market information without a large scale, complex market study. Working with 5 Circle Research changed that. We were able to put together a comprehensive survey that provided essential information the company was looking for. It started with general questions gradually evolving to specifics in a fast pace, fun to take questionnaire. Introducing “a new way of doing things” like Revollex’ induction heating-susceptor technology can be challenging. The results provided critical data to help understand the market demand. High quality work, regard for schedule, thorough understanding of the issues are just a few aspects of an overall exceptional experience.

Mike brings a tremendous balance of theoretical marketing research with a strong practical knowledge of marketing. He can tailor the research to the right level for your project. I have hired Mike multiple times and he has delivered each time. I would hire him again.

An article on Dutch ovens in the September/October 2018 of Cook’s Illustrated gives food for thought (pun intended) about the relationship of between price and value. Sometimes higher value for a buyer means paying a lot more money – good news for the seller too. Dutch ovens (also known as casseroles or cocottes) are multipurpose, [Read More]

Business people generally believe that satisfying customers is a good thing, but they don’t necessarily understand the link between satisfaction and profits. [Read More]